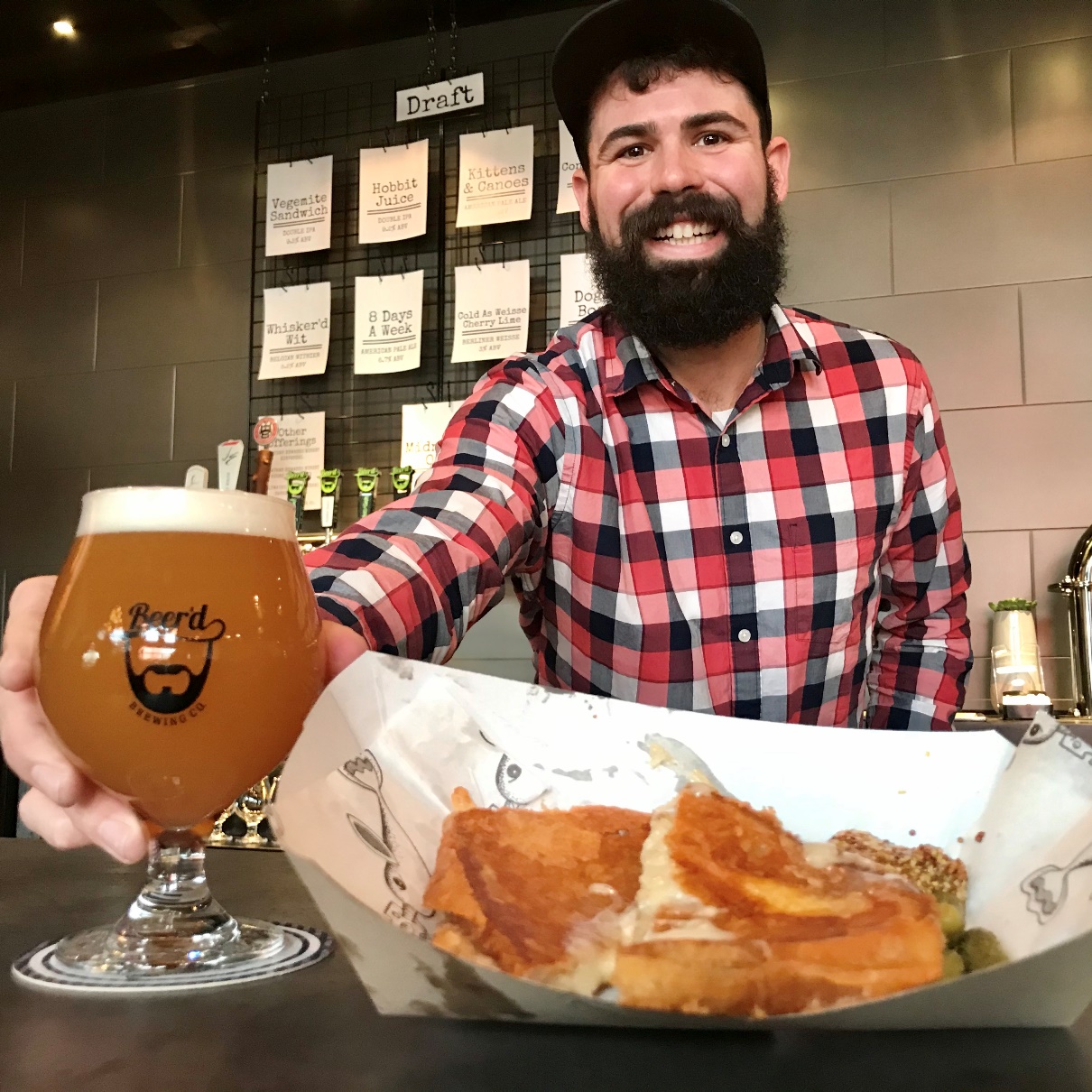 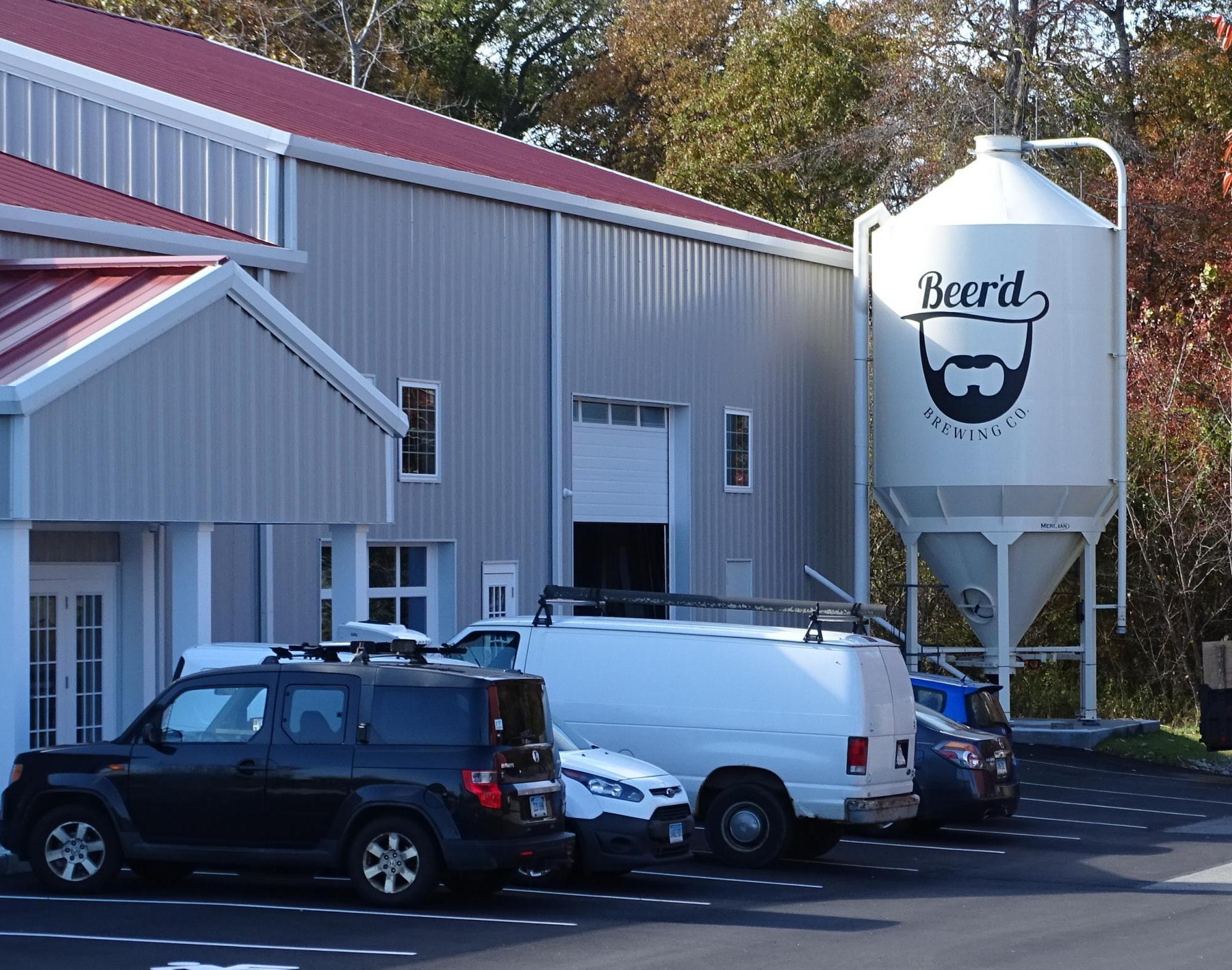 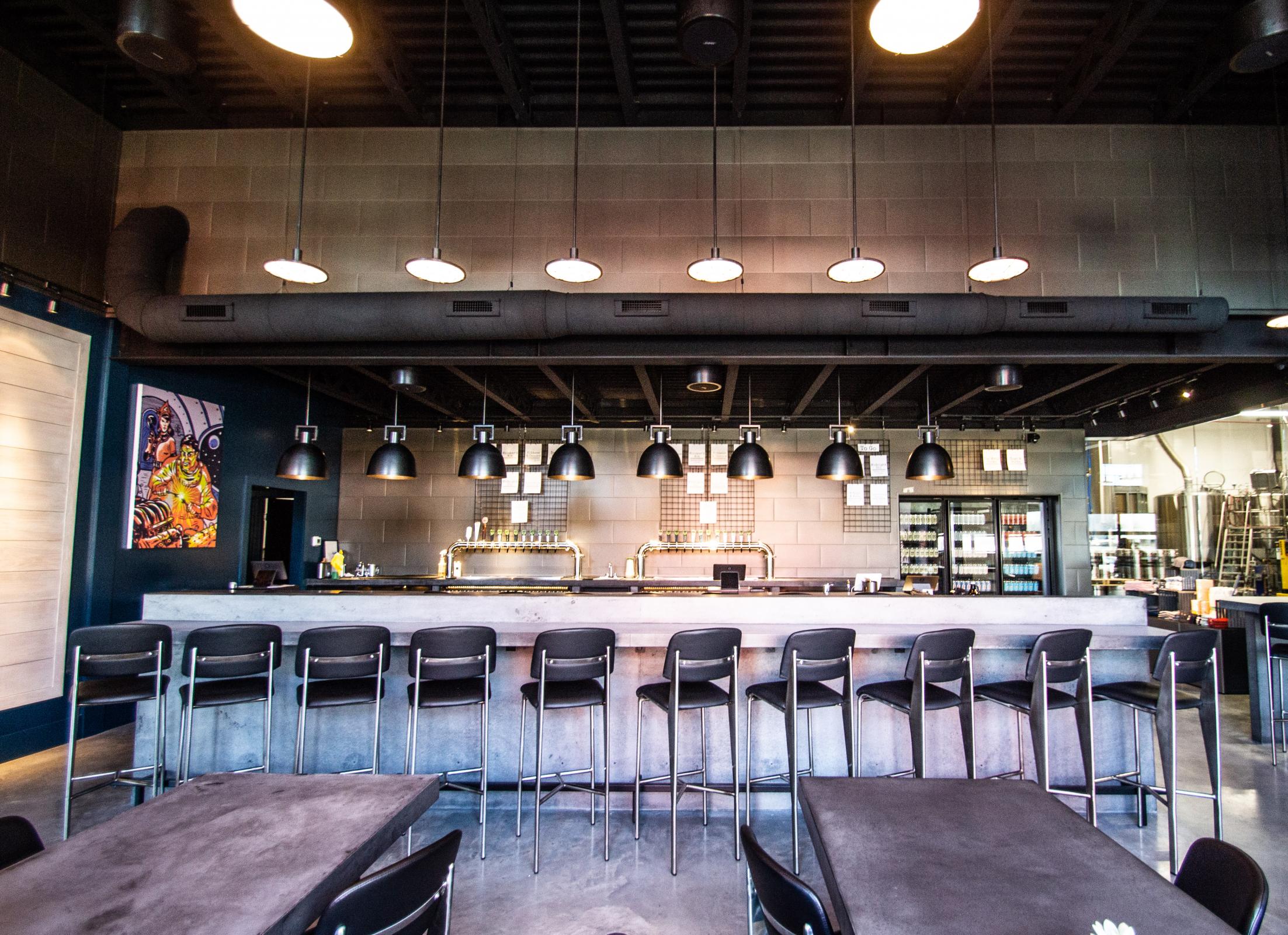 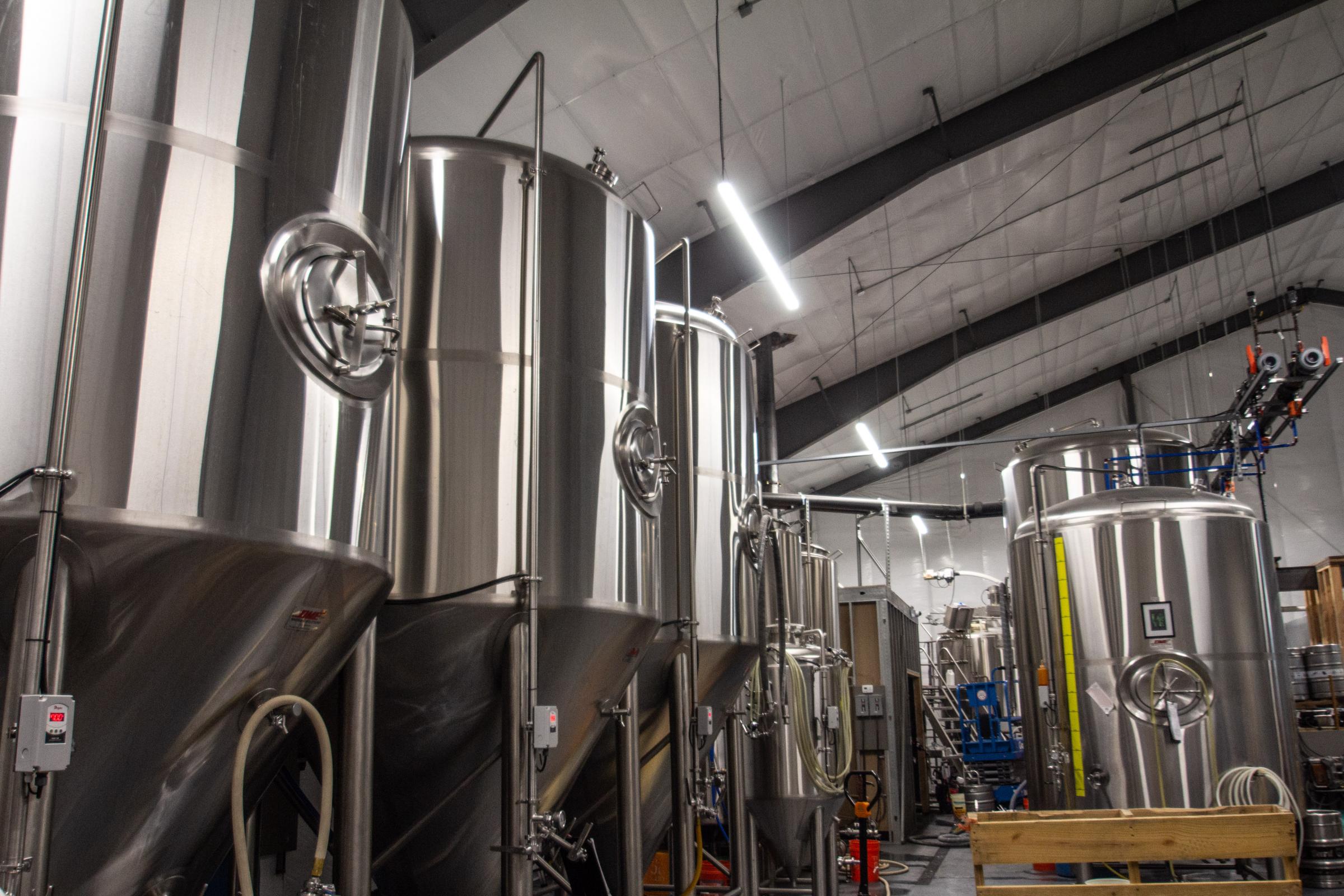 On a cold Sunday morning in mid-January, 20 people already were in line for the 11 a.m. opening of Beer’d Brewing’s second microbrewery. By mid-afternoon, the wait had reached two hours to taste their newest offerings, beers with names like Hobbit Juice, Dogs & Boats, and Kittens & Canoes.

It was a successful start for the husband and wife team of Aaren Simoncini and Precious Putnam, who opened Beer’d Brewing Co. in the American Velvet Mill building Stonington in 2012. Within a year they realized they were going to need more space for their burgeoning brewing business, and their search led them to Leonard Drive, an industrial park near Groton-New London Airport.

With help from seCTer, a state-funded lending program for small businesses in southeastern Connecticut, they now have 12,000 square feet of space in Groton that allows them to produce up to 6,000 barrels of beer a year. The brewhouse opened in May 2018 and the 60-seat taproom, with additional seating at an outdoor patio, in January 2020. Mystic Cheese Co. operates in an adjoining space, selling its own specialty cheeses while offering Beer’d customers custom grilled cheese sandwiches and charcuterie platters.

“Business has been fantastic since we opened,” said Putnam, who credits their proximity to Electric Boat, Pfizer, and the Sub Base for adding to their customer base. “We’ve been full every night, and it hasn’t hurt our Stonington business at all.”

FROM STUDENTS TO ENTREPRENEURS

Aaren and Precious met as freshmen at Rochester Institute of Technology in 2005. She was studying American Sign Language and he was a Finance major with what he called “this entrepreneurial spirit.” After taking a course on “Beers of the World,” Aaren caught the beer bug, and following graduation he began researching what it would take to open a microbrewery. He soon began buying second-hand equipment.

Ultimately, Aaren and Precious, who married in 2015, pooled their resources and “scrounged a brewery together,” laughed Precious. Aaren called their venture “a way to kind of shirk the mainstream.”

Beer’d Brewery — one look at Aaren explains the provenance of the business’ name — opened able to produce just 9,000 barrels a year. Now, in additional to far more brewing capacity, it has its own statewide distribution system, giving it control over its products from conception to consumption.

“We have our finger on the pulse of the process the whole way through the supply chain,” Aaren said.

A TEAM APPROACH TO TASTE-TESTING

Whereas once it was just Aaren and Precious spit-balling ideas and taste-testing new flavors, now they have a team of employees that meets monthly to discuss what might appeal to their customers’ discerning taste.

“The process is a lot more collaborative these days,” Aaren said.

Added Precious, referring to the vital role their co-workers play, “We want to make them feel embraced and feel like they are one of our family, which they are. My husband and I often say that Beer’d Brewing is our child and every single staff member is one of our family members.”

The passion Aaren and Precious put into producing beers is reflected in the loyalty of customers who’ve followed them from Stonington, and past employees as well. Bronson Conlin, an original employee, drove from Hoboken, N.J. with his wife Kelly McVeigh to join four friends for the opening in Groton, and described the new space as “awesome. Stonington was more rustic. This space has a more modern look.”