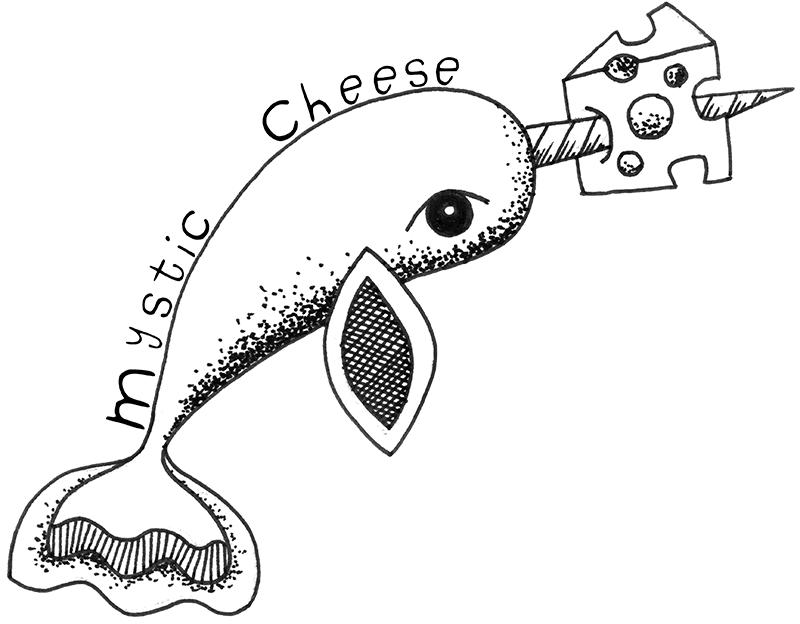 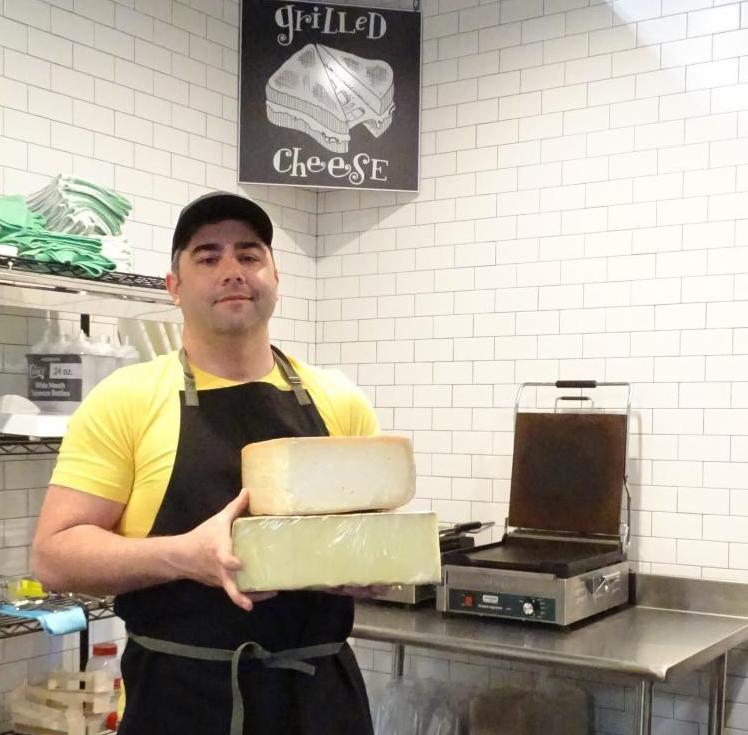 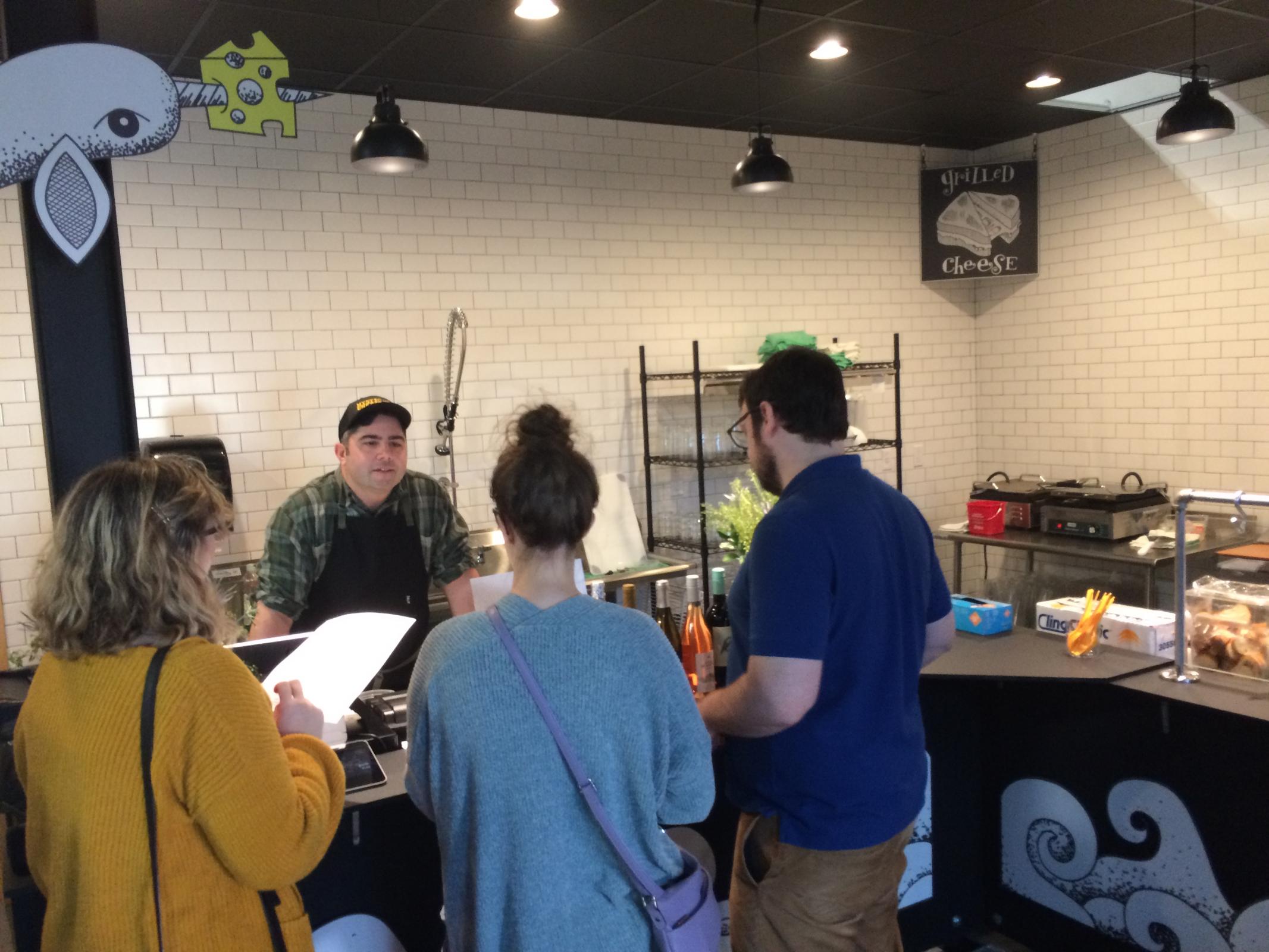 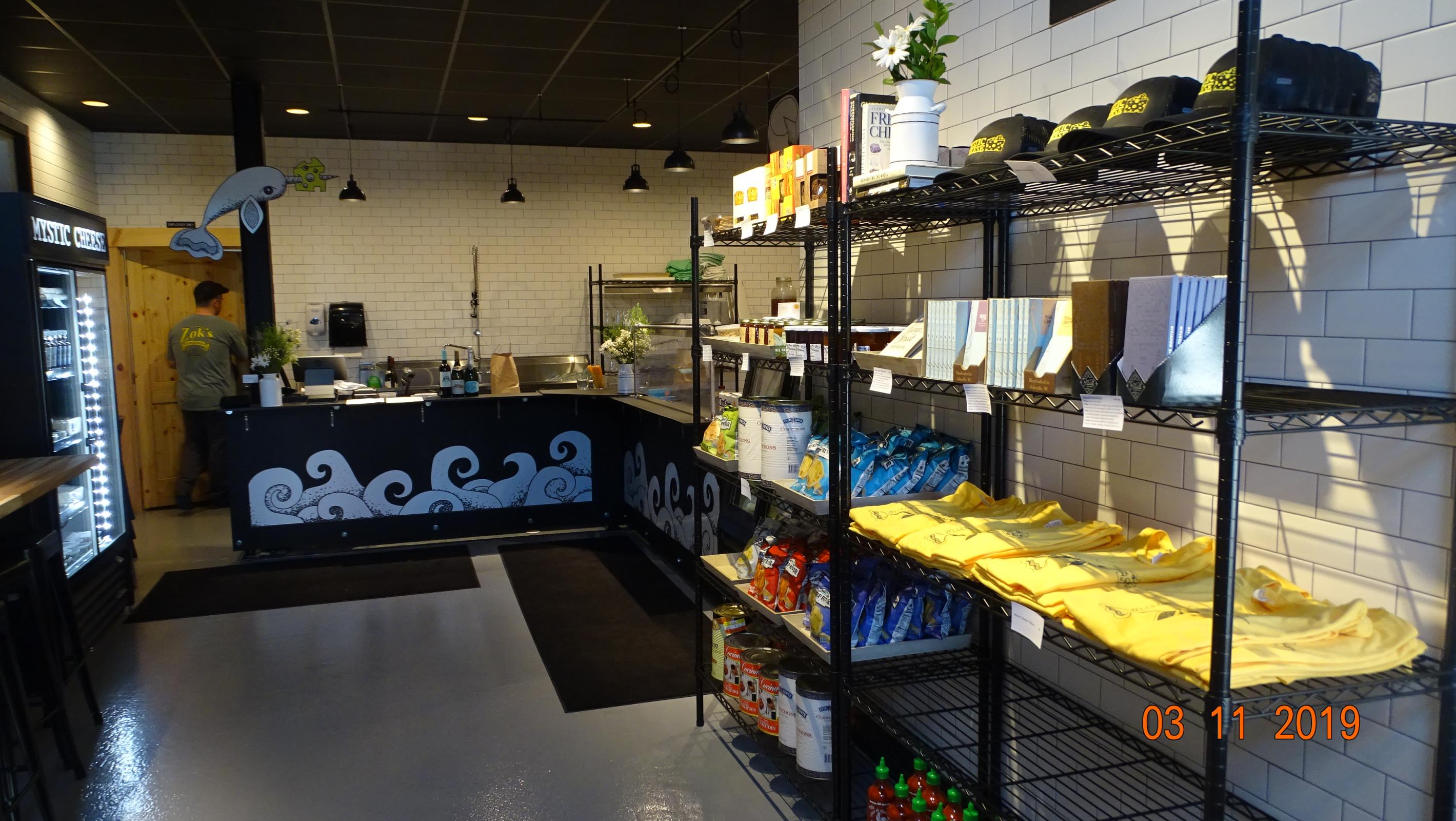 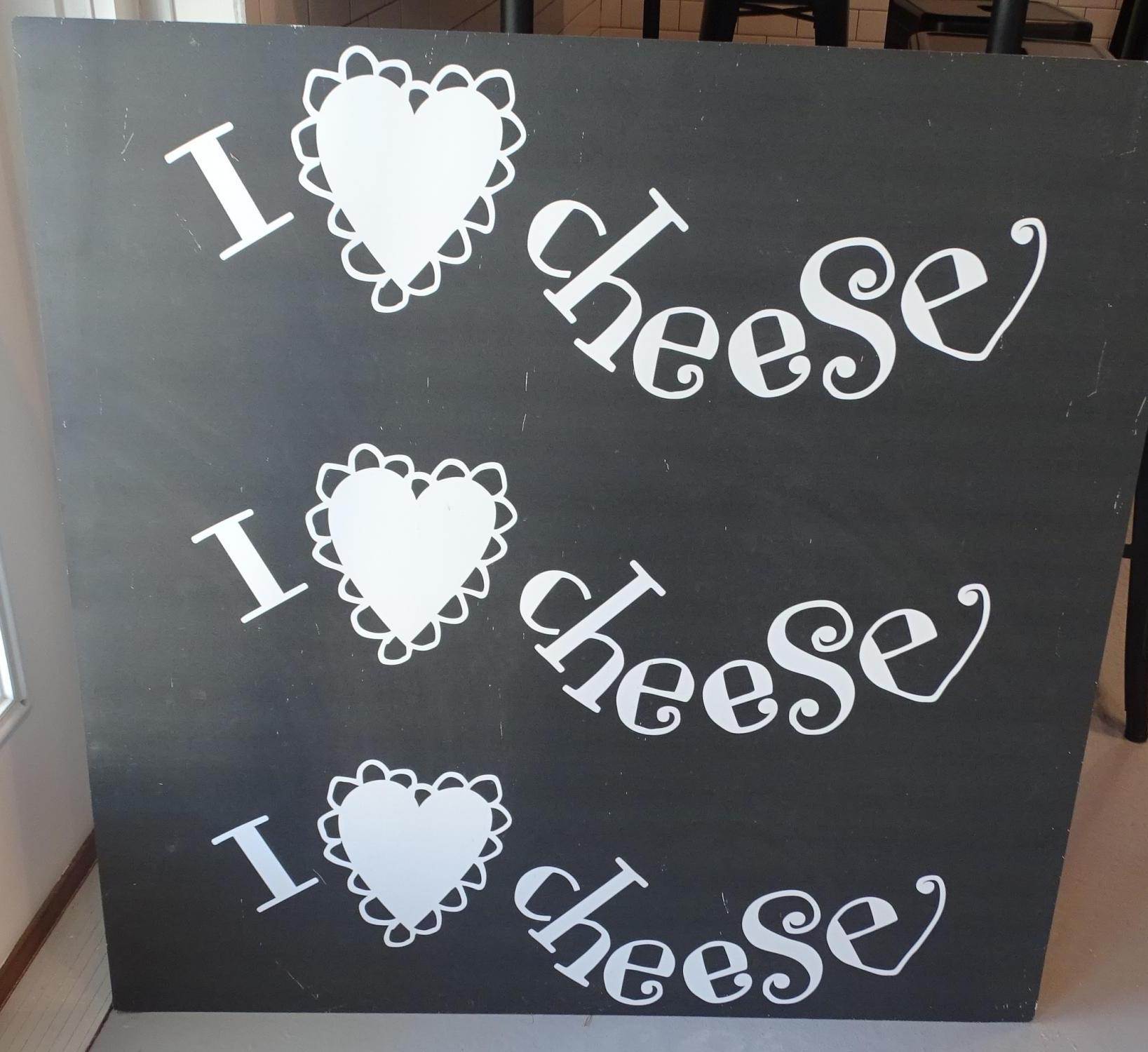 Right around Valentine’s Day, Mystic Cheese opened its doors to the public in their new facility at 225 Leonard Drive in Groton. Having hand-crafted cheese since 2013 in a custom-designed shipping container on a farm in Lebanon, the founders of Mystic Cheese were ready to expand their operations.

With their expansion into this new space, Mystic Cheese now operates a tasting and sales room alongside their production facilities. Currently open for sales and tastings on Saturday afternoons, you'll be able to sample cheeses made on site as well as cheeses curated from artisans around the globe and take a peek into their cheese cave, learn more about cheese making as well as pairing cheese with beer and wine.

Mystic Cheese shares a building with Beer'd Brewing which expects to open by summer 2019 and will also feature a room for tastings and retail sales. Arrangements have been made so that Mystic Cheese platters and sandwiches will be available to those sampling beers in the other part of the building.

Founders Brian Civitello and Jason Sobocinski met in New Haven around 2011. Brian was working at Calabro Cheese and Jason was operating his family’s boutique cheese shop, and they started talking about an idea. The big idea was to design and manufacture a self-contained cheese pod in a shipping container. They built a working prototype and started using it to make their own cheese, primarily as a demonstration of the proof of concept.

This cheese making operation began as part of the sales and marketing of the pod itself with the idea of opening a cheese shop sometime in the future. However, the response to their cheese was so overwhelming that they shifted their attention from promoting the pods themselves and instead spent the next two years scrambling to keep up with demand, producing between 35,000 and 40,000 lbs of cheese each year within 320 SF of space.

With this new business model in mind they had a need to expand their production facility. They started looking throughout New London County for space that would suit them and found an opportunity on Leonard Drive in Groton.

Mystic Cheese sets itself apart by focusing on inventing completely original styles of cheese brand new to the marketplace and exclusive to the company. Having trained with traditional cheese makers in Europe and throughout the U.S., Brian noticed a tendency to adhere to traditional styles and recipes, but what Mystic Cheese wanted to do from the start is to literally invent original styles of cheeses that now become exclusive to Mystic Cheese. The company sells their product wholesale through distributors but also directly to restaurants. Once restaurants incorporate these exclusive styles into their recipes, the demand only continues to grow.

Beyond the compelling story of making cheese in a purpose-built shipping container, Mystic Cheese also benefitted from marketing and branding designs which were successful at garnering outsized attention for a small new artisan shop.

Both Brian and Jason are fans of literature and poetry so they began with names related to both literature and the lore of the sea, reflecting the connection to Mystic. They refer to it as ‘Literary Dairy’. The first cheese style was named Melville after the author of Moby Dick, one of their favorite books, with a nod to the whaling history of Southeastern Connecticut.

That theme continued with the next original offerings: Sea Change, a reference to Shakespeare's Tempest, and the aged cheese Melinda Mae, named after a poem by Shel Silverstein about a girl who eats a whale over the span of 99 years. Moving forward, the blue cheeses that will be made available in greater quantities thanks to the new facility will be named after the largest whales found in the Northwest Atlantic, including the cheese ripening in the new cheese cave today, Bowhead Blue.

Mystic Cheese is open on Saturdays from 12 noon to 7 PM. For details about upcoming tasting events, go to mysticcheese.co and join their mailing list.