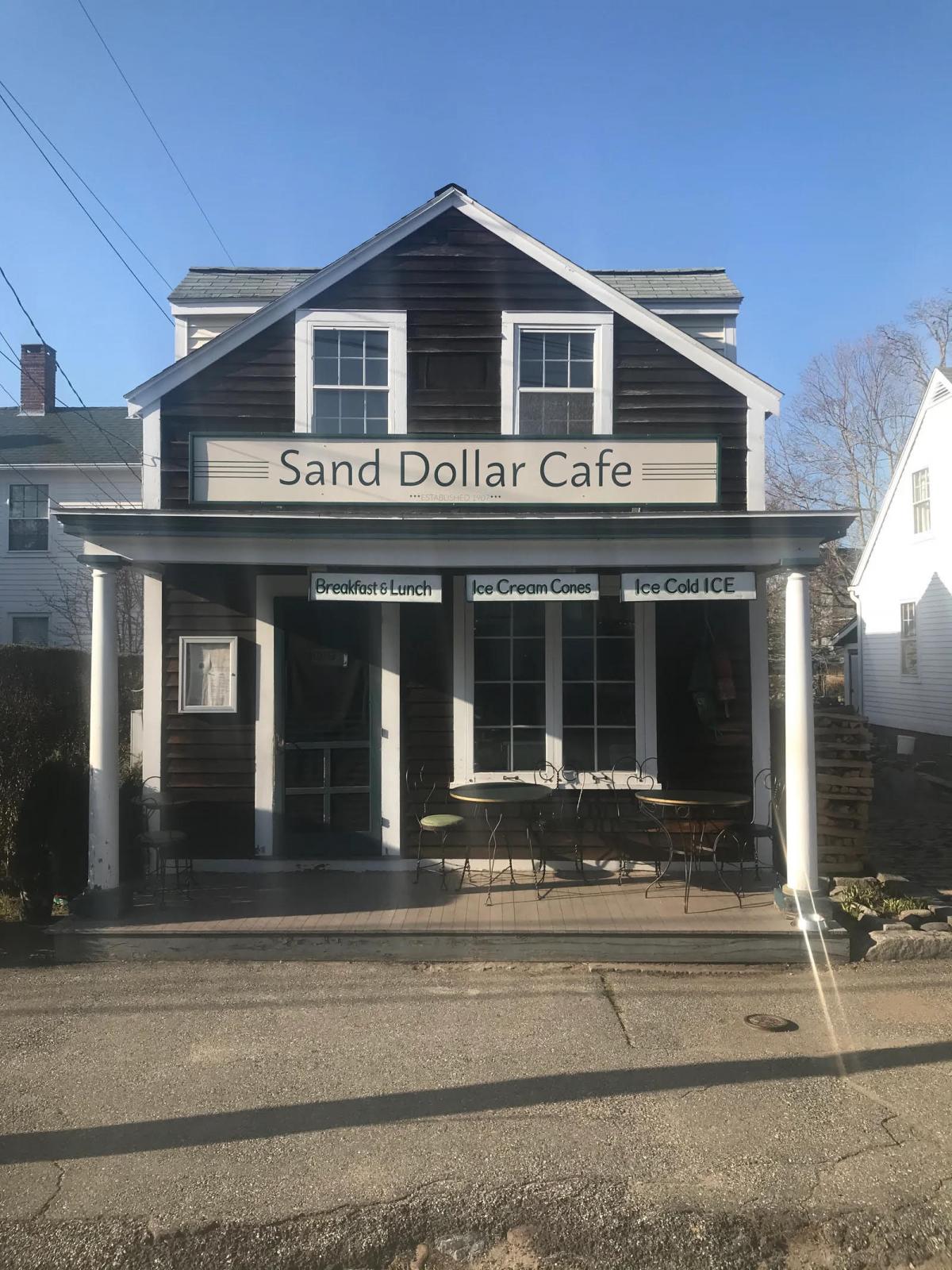 Carson’s Store in Noank was perfectly positioned to emerge from the pandemic.

Even before it moved to its current location on 43 Main St., it was a small, efficient operation, opened in 1907 by Jane Carson. In 1979, David Blacker purchased the current building, improved it structurally, and ran the market for decades more. When the pandemic hit, David Blacker's son Andrew, the current owner and storekeeper, developed a steady take-out business to keep the market afloat, supported by a tight-knit but expanding community choosing to live in Noank year-round.

Then in April 2021, Carson’s Store experienced a jolt of publicity when a Hallmark movie chose the site as a location for a major film production. Mostly cosmetic changes turned Carson’s into the Sand Dollar Cafe, a coffee shop where stars Aly Michalka and Chad Michael Murray meet to discuss a real estate transaction in a fictional town in South Carolina.

Some locals were enlisted as extras, and Blacker, 31, served as a stand-in for Murray in a couple of scenes because of their physical resemblance — and in one case, because unlike Blacker, Murray gets seasick when sailing.

“It was a cool experience,” Blacker said. “My sons [ages 8 and 1] even got to sit in the director’s chair.”

When the filming ended it was back to business for Blacker as restrictions gradually eased, opening the three booths and the nine stools at the counter to all who wanted to dine in person.

As the weather improved, customers began occupying the few tables on its front porch or the new cobblestone patio in back, constructed for the movie. And demand returned for the cozy indoor space for small events and parties such as rehearsal dinners and graduations.

Making a commitment to Carson’s

The tradition of the store and its place in the community might be dramatically different had Blacker, as he was completing a natural resource economics degree at UConn back in 2014, not made a fateful decision.

The store was temporarily closed while the building was undergoing a renovation, and Blacker didn’t have a job waiting for him as graduation approached. He wondered who would run it when it re-opened. “If not me,” he remembered thinking, “I felt there was a good chance it might not come back.”

He committed to Carson’s, and it re-opened a week after his December graduation. “I didn’t have a long-term game plan, and it was slow at first,” he said, but Blacker gradually found his footing.

Now, more than six years later, Carson’s continued success is best illustrated by its menu. Befitting a place that’s open daily from 7 a.m. - 3 p.m., it features a bevy of breakfast choices and wide selection of sandwiches, far more than you’d expect from the small space that produces and serves it.

Eggs and everything else

Eggs Benedict is served seven ways, accompanied by everything from bacon pesto to lobster. Omelet and other egg options abound, along with French toast and pancakes.

The lunch menu is similarly expansive. One of Carson’s secrets, Blacker said, is utilizing the versatility of its provisions. “Look at our sandwiches,” he said. “Eight of them have turkey in one way or another. It gives the illusion that we have a big menu.”

The floats, sundaes, and shakes are best experienced at the counter, which is more than a mere replica of an old-time soda fountain. The counter itself bears the wear of time, and some of the fixtures behind it are older than all but the most senior of its customers.

“Some people come in not expecting a lot, so we like it when we can exceed their expectations,” Blacker said. “I think that’s why the store has done so well for so long.” 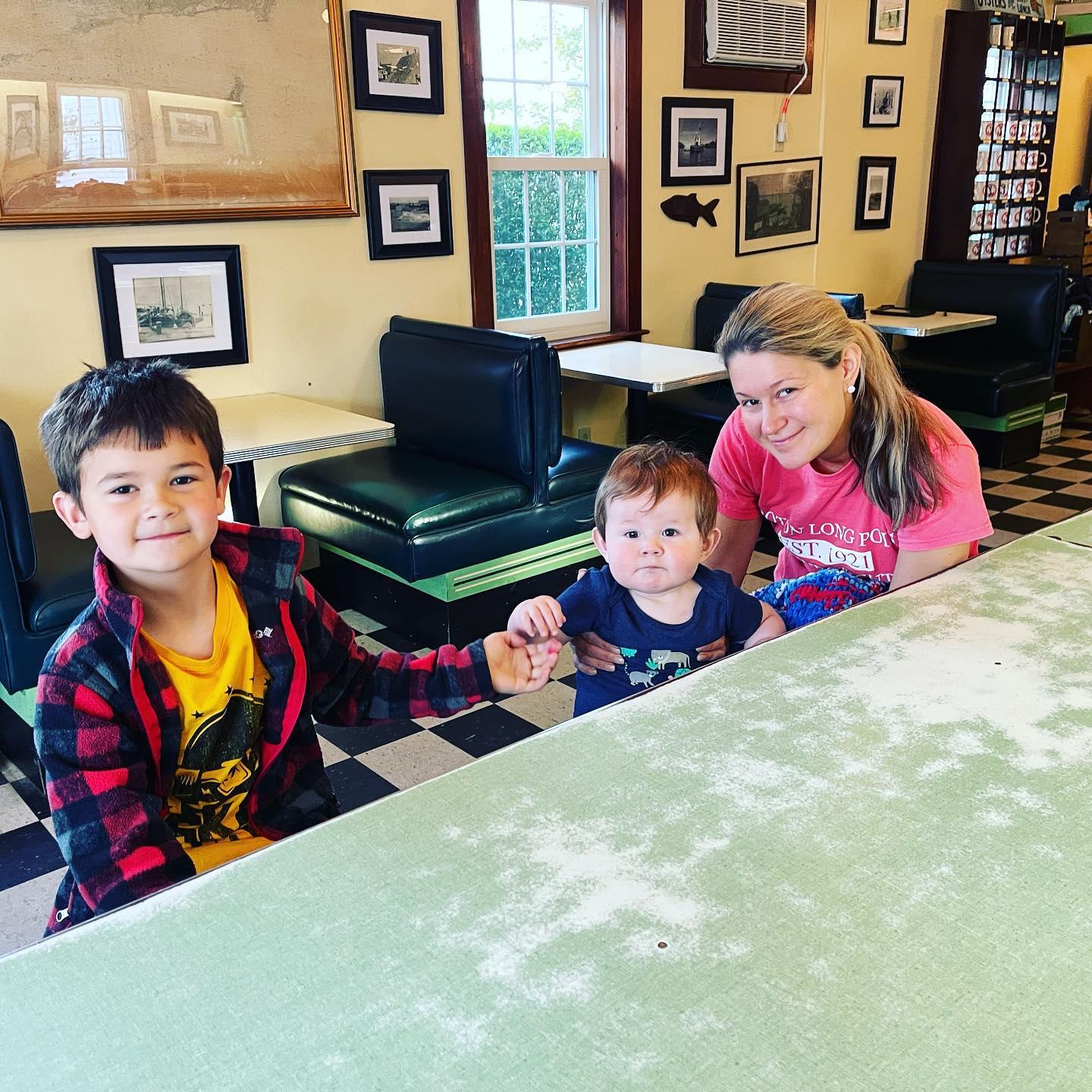 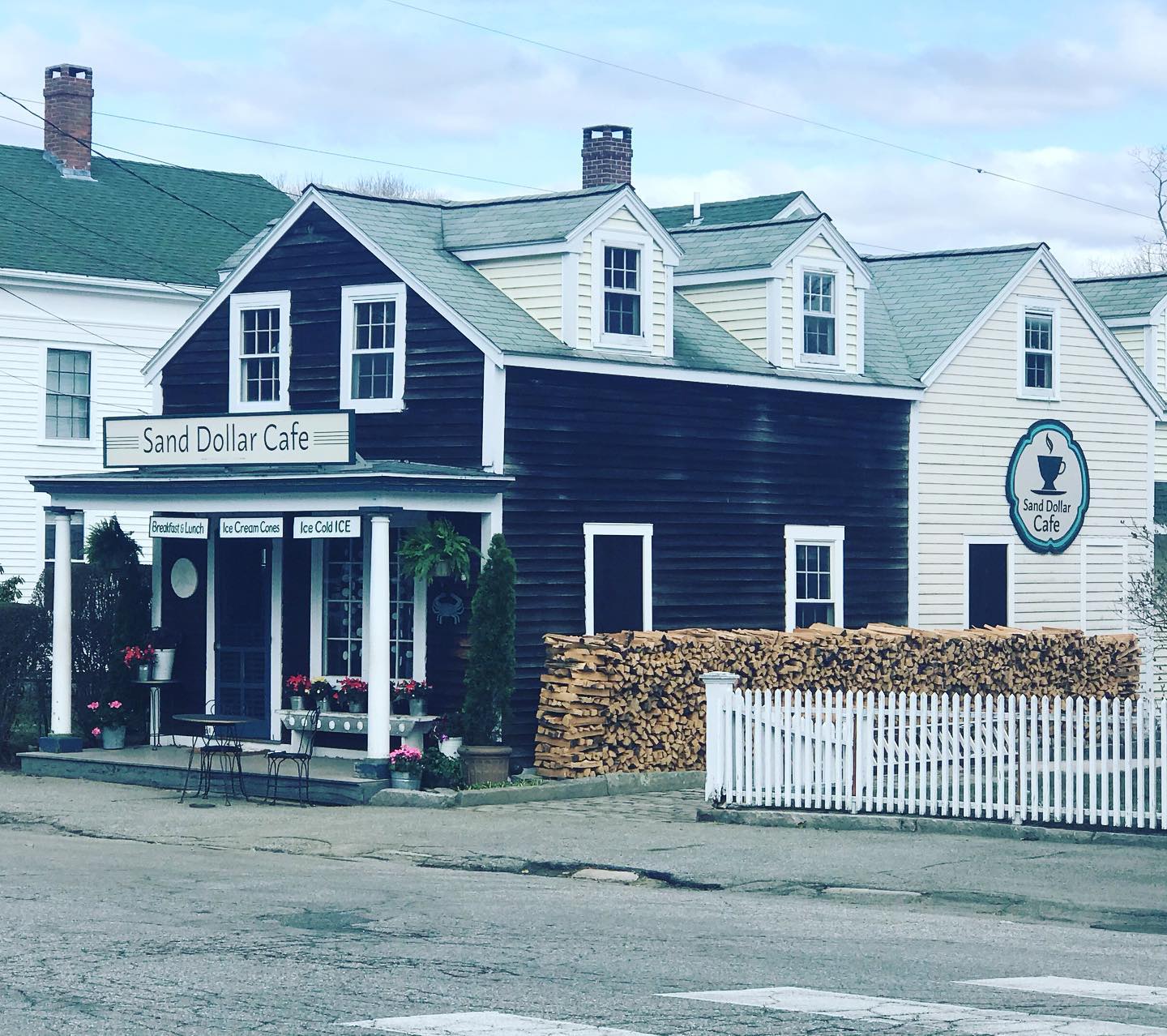 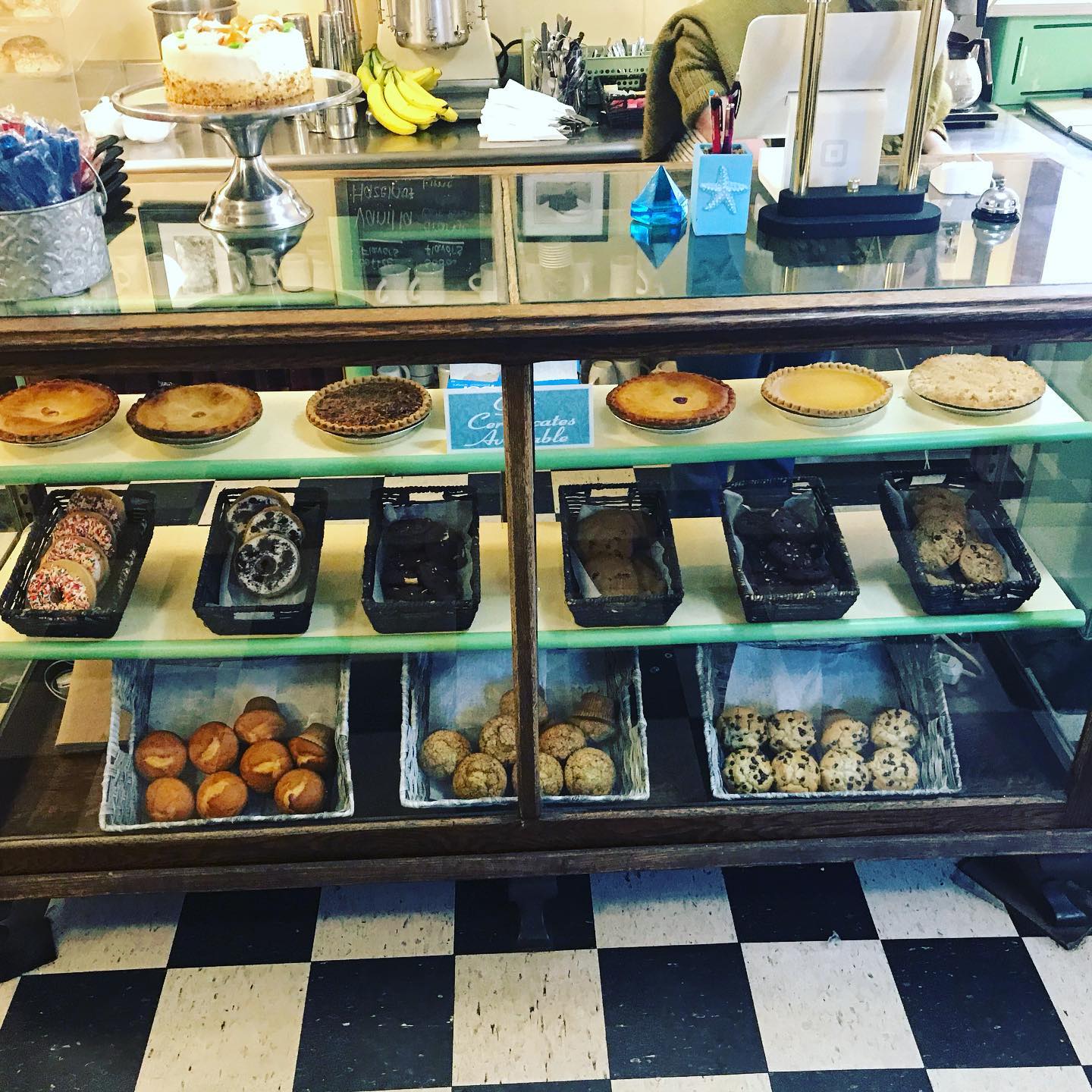 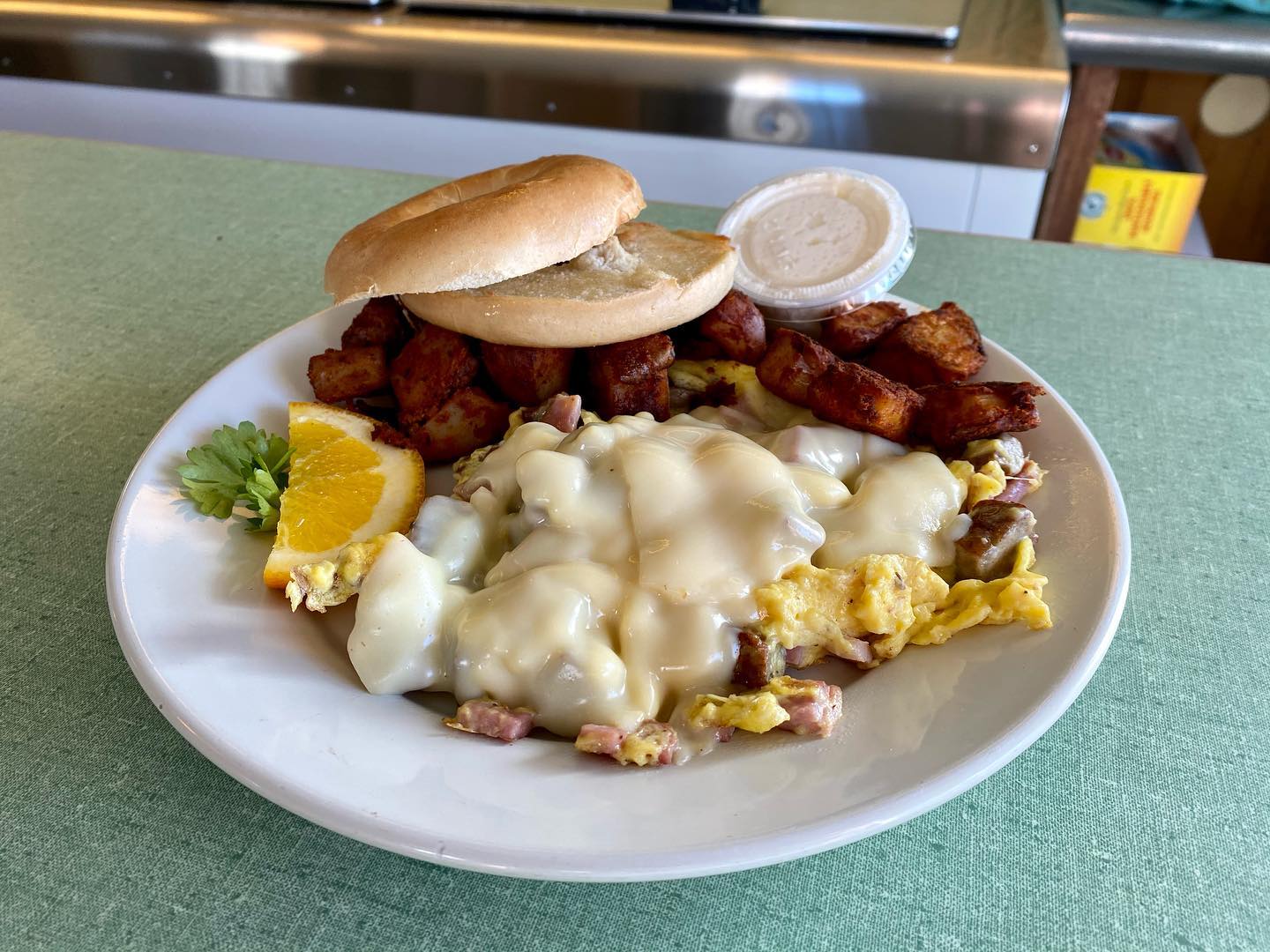 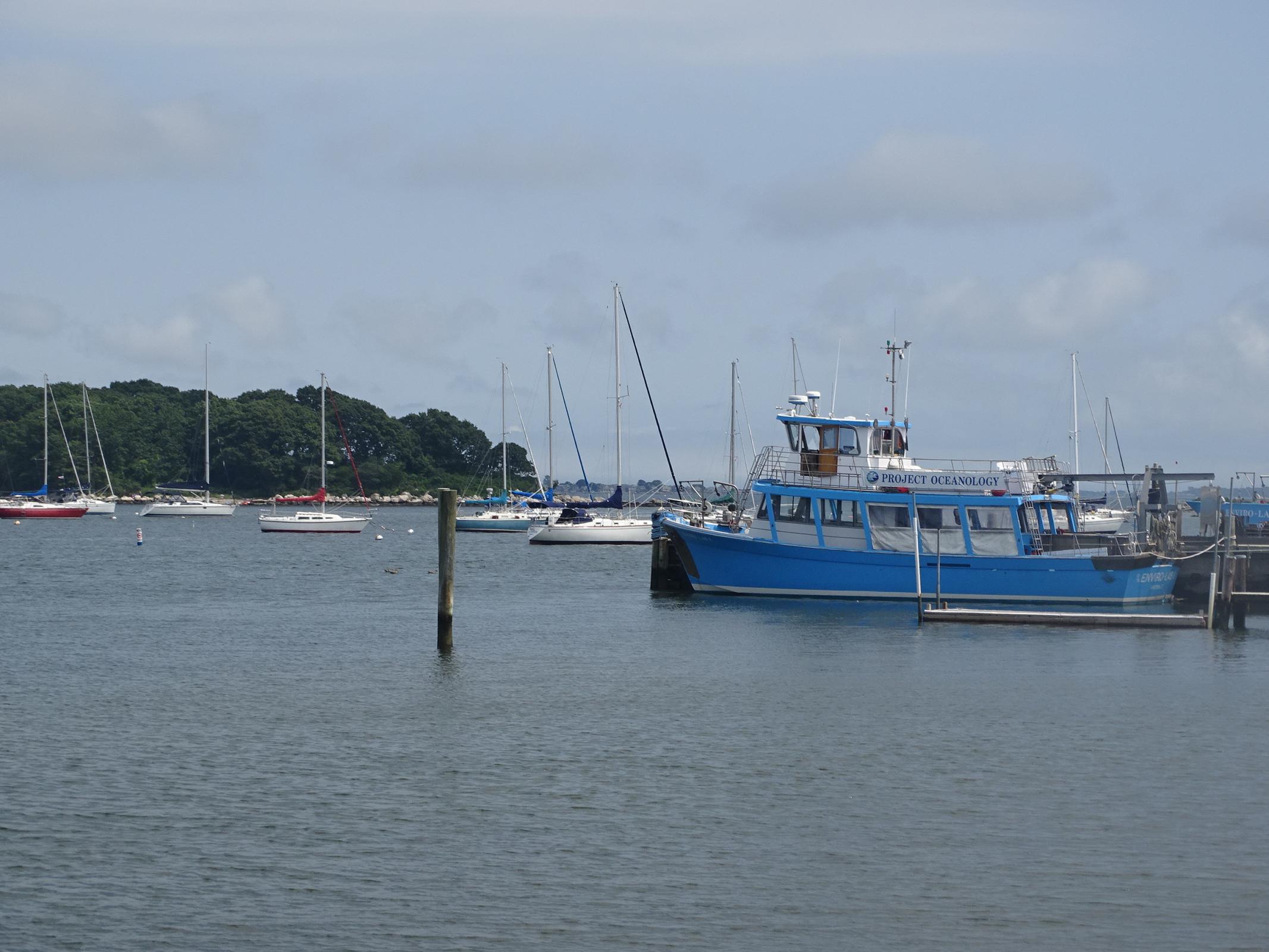 Jun 18 2021
Offshore wind partners Ørsted and Eversource continued to make good on promises of local partnerships Thursday, with an award of $950,000 to Groton-based Project Oceanology. The money is aimed at enhancing and expanding the marine science nonprofit’s STEM-based programming for kindergarten through 12th grade, with a focus on climate change, sustainability...Continue Reading

Eating at Sneekers is a tasty pleasure

Jun 17 2021
It was almost a decade ago when I last wrote about Sneekers Café, and it wasn’t a food review, it was a business story.  Sure, I mentioned the food and how what had started as a bar had morphed into a restaurant in a bar, but it wasn’t a serious critiqu...Continue Reading

The booming foodie scene in Mystic, Conn., is so much more than pizza

Jun 16 2021
There’s still pizza to be had in Mystic, Conn., but the small coastal town is gaining a big reputation as a booming foodie haven and an essential entry in any East Coast eater’s docket. Quaint and artsy Mystic, named for the river that runs through it and under the bascule bridg...Continue Reading