Hillery Co. Makes Its Mark With Jobs Large and Small 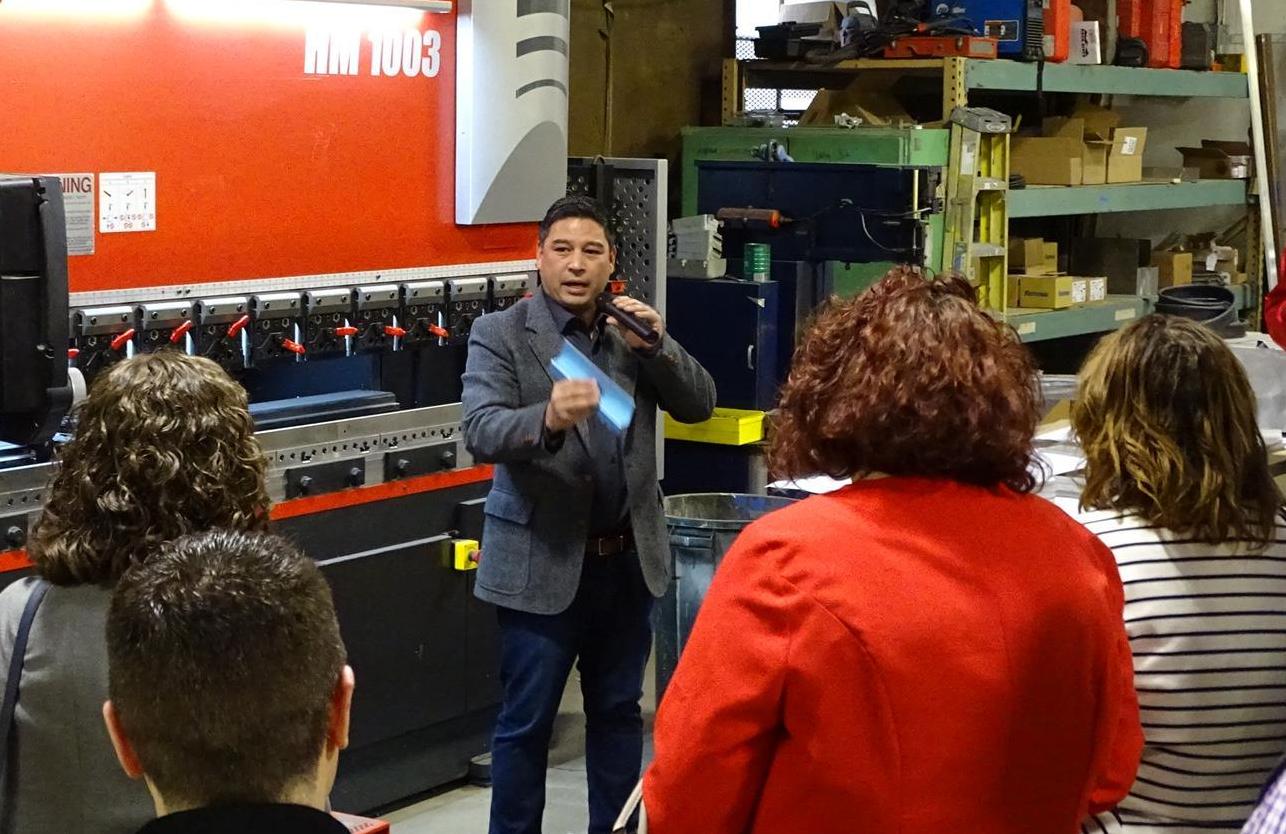 Over its 69 years in business, since 1956 at 739 Meridien St. in Groton, the metal fabrication shop Hillery Co. has served customers large and small, from defense contractors such as Electric Boat to homeowners needing a custom hood for a stove top.

With just 10 employees Hillery generates north of $4 million in annual sales at its 8,000-square-foot shop across the street from the Groton Shopping Center. Its array of fabricating and manufacturing services covers welding includes the welding of common metals and exotic alloys as well as the bonding of custom laminates in its high-temperature oven.

A Nose For Knowing What Customers Need

One of its largest projects was a 16’ x 40’, 34,000-pound shock test platform, yet it’s one of their smallest products that has had the most far-reaching impact.

Early in the pandemic, a local nurse wanted to replace the small wire that volunteers making cloth masks were using to secure the fit around the nose. She called Tammy de la Cruz, the wife of Hillery general manager Joe de la Cruz, at Lawrence & Memorial Hospital in New London, asking if he could help.

Hillery fashioned and donated metal strips 1/4” x 3” and just .030” thick from a sheet of aluminum and posted the product on its Facebook. Within a day it had received orders for 800,000 strips from across the country, Canada, Australia, and islands in the Caribbean.

Unable to handle to flood of orders that followed, Hillery reached out to Local 40 of the Sheet Metal Workers Union in Rocky Hill, which set up a  page online that directed orders to local union shops across the country.

“Being able to help people was pretty cool,” said de la Cruz, who started working at Hillery in 1989 and has been the state representative for Groton and the rest of District 41 since 2017.

A Versatile and Reliable Partner

Founded by Herbert R. Hillery in 1952 and family-owned since his death in 1995, Hillery has found a lot of business serving its local community. De la Cruz estimates that 20 percent of Hillery’s business comes from the defense industry, mostly Electric Boat and the Naval Submarine Base.

For the Mohegan Sun and Foxwoods casinos, they created custom catwalks so maintenance workers had safe access to hard to reach spaces in their buildings. Hillery fashioned security enclosures for Pfizer and produced acrylic barriers during the pandemic for many local restaurants to keep employees and customers safe from each other.

Helping the Future of Falcons

“We don’t want to just ride the wave,” he said, “we want to help make it bigger.”

Jul 14 2021
The City of Groton is taking its community planning outside of City Hall. The city Planning and Economic Development Department will host a series of community design workshops this summer and fall to learn what community members want for the main commercial areas. The first workshop will focus on placemaking and streetscap...Continue Reading

Jul 14 2021
Thames River Innovation Place — a supporter of entrepreneurial projects in Groton and New London that is funded by the public-private network CTNext — is seeking year five proposals that will be eligible for a total of up to $1.5 million in matching funding. The request for proposals notes that priorit...Continue Reading