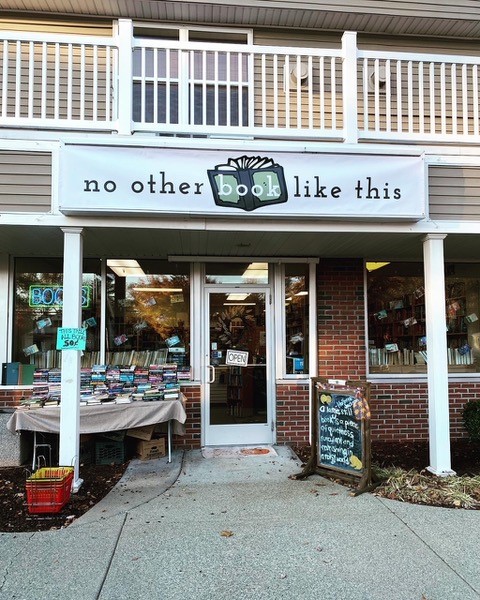 A delayed flight in mid-June proved serendipitous for Colleen Lynch.

Lynch, who lived in Sandy Hook, Newtown, but spent summers in Groton's Eastern Point neighborhood with her family while growing up, was flying out of Providence to visit friends in Kansas when her flight was delayed until the next day. A librarian in New Haven, Lynch also had been an online bookseller for seven years, so when she noticed Books Etc. on 1064 Poquonnock Rd., she stopped in, thinking she might be able to add some books to her collection.

As the owner talked with Lynch, and discovered her vocation and interest in collectible books, she mentioned that she was selling the business, though she hadn’t listed it yet.

Lynch completed the purchase in mid-July and opened No Other Book Like This — the same name as her online business store — on Aug. 1. Thus far her time has been spent making the store her own: she added two plush armchairs and a new rug for  furniture, culling the inventory of duplicate offerings, and beefing up sections she thinks will appeal to her customers. Her goal is to expand the general fiction section, while remaining strong in the Mystery, Thriller, Romance, and Science Fiction categories. There also is a Comic Books section.

"A lot of people are looking to donate books,” she said, “but I need more shelf space first. I'm continually looking for books."

To that end, she said she’s looking forward to negotiating with people for rare books, limited editions, and special collections.

A lover of words and books

Lynch's interest in literature began early. "I was a writer as soon as I could hold a pen, and I was a reader before I could read," she laughed. An English major with a minor in Irish Literature at UConn, she worked at libraries after graduation, which is where her interest in older books developed.  Co-workers began referring to her as “the old book person.” As her own collection grew, ”Suddenly I had too many books, but I realized I could make money off them by selling online,” she said.

To further her career as a librarian, Lynch earned a Masters of Library and Information Science degree in 2015 from Simmons College in Boston. She learned about book history, preservation, and archiving, how to create a Web site, and social work management. "Everything that goes into being a librarian," she said. And she already had small-business experience, which she’s now putting to use.

As for whether she ever envisioned having a bricks-and-mortar bookstore, "I always kind of thought about it," she said, "but it never solidified."

Nov 5 2021
Groton’s Galaxy Roller Rink, the only roller skating facility in southeastern Connecticut, closed just over three and a half years ago. The recent announcement of the sale of the building that housed the rink, and the strong probability that it will be torn down, brought a considerable amount of disappointmen...Continue Reading 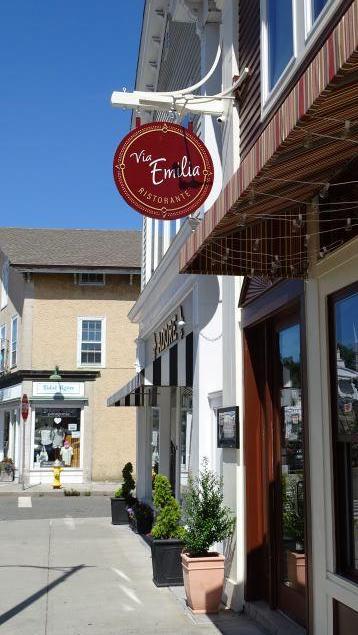 Nov 5 2021
Here’s the truth. We had such a good meal the first time we dined at Via Emilia that we went back for a second visit nine days later. And when I say we had a good meal, it was the food first and foremost, but also the ambience, service, an...Continue Reading

Nov 1 2021
With sirens belting, firetrucks escorted a crowd of at least 200 participants dressed as superheroes, witches and more across the Mystic River bridge Sunday during the revival of the Halloween Parade. After several years without the event, several town agencies came together to bring it back. "It's a great event for the kids," said Tony Manfredi Jr., chie...Continue Reading