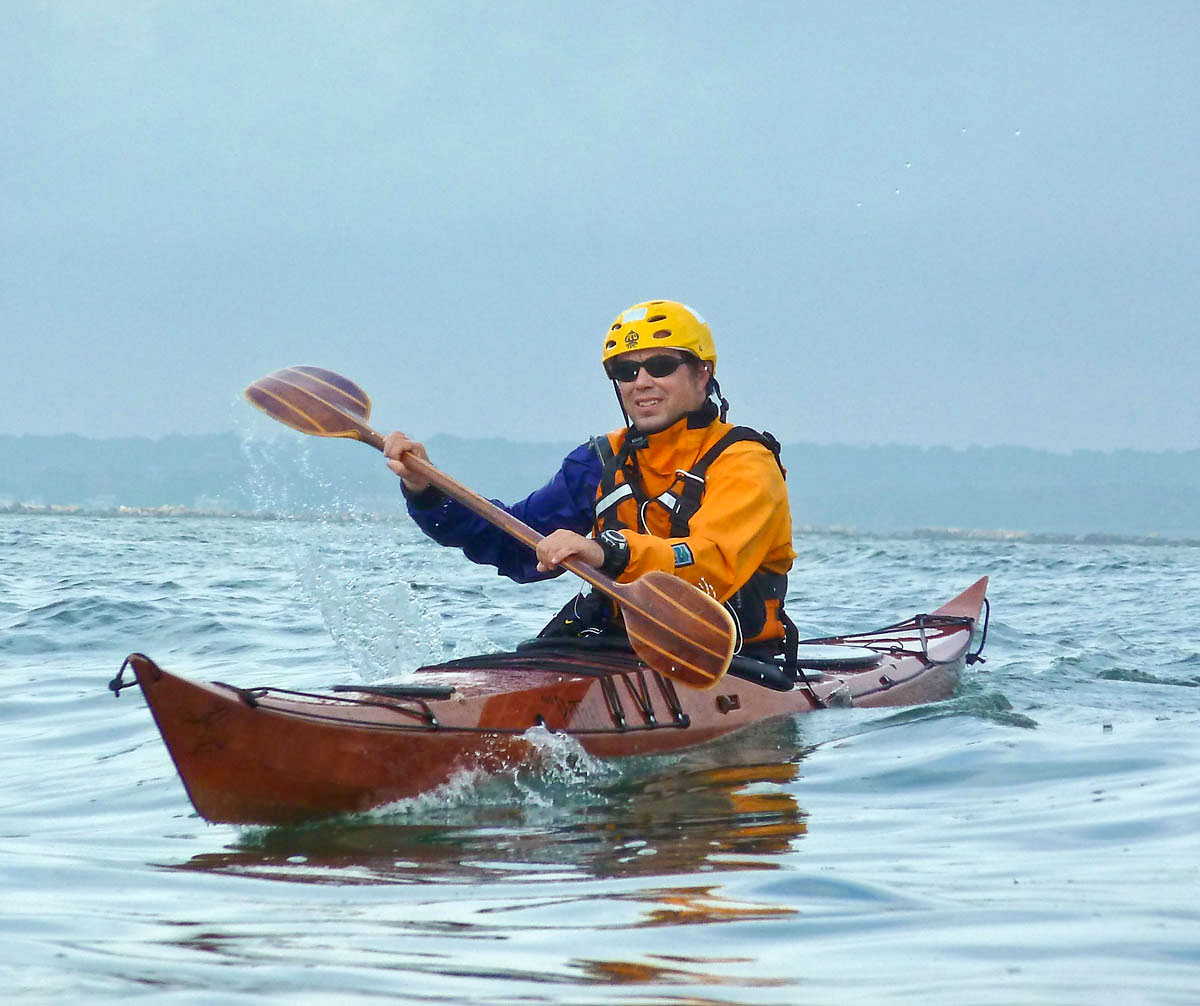 When Nick Schade, the owner of Guillemot Kayaks on the west bank of the Poquonnock River, was growing up in Glastonbury, his dad’s idea of weekend fun was to take his two boys to Bushy Point and Bluff Point for some canoeing.

Together, the three of them made a kayak from a kit, but the finished kayak went to Nick’s brother. Standing in his workshop, amidst two nearly finished sea kayaks and all that’s needed to build more, he said, half-jokingly, “I’ve been compensating ever since.”

Although he studied electrical engineering at Clarkson University in upstate New York, Schade began designing kayaks on his parents’ living room floor, and continued during his nine years working at the Naval Underwater Sound Lab in New London. He owned a whitewater kayak, but he needed a sea kayak for trips to places like Napatree Point. “I figured if my design looked pretty good to the eye, it would look pretty good on the water.”

Known the World Over

Schade, 58, may be the most accomplished sea kayak builder in the United States, and his boat designs for do-it-yourselfers are in demand worldwide. He estimates that he’s sold “thousands” over the years, to customers from Australia to Dubai to the United Kingdom and throughout the United States.

Although he calls his mail-order designs “my bread and butter,” he also builds custom sea kayaks, which can take as long as a year to complete. His designs, though, are more than examples of expert craftsmanship. The Museum of Modern Art in New York considers them works of art. One of his designs — the 18-foot “Night Heron” — has been part of their permanent collection for 20 years, and periodically is on display in its Architecture and Design department.

The publicity and word of mouth from being in an exhibition at MoMA, Schade said, “got the ball rolling,” and led to a number of commissions. “I was just making boats because I like making boats. It wasn’t my idea to make art,” he added. “But it did, so now I can put a price on these and justify it.”

While he’s thankful for the opportunity to build boats for individual customers, he said he’s more “comfortable” selling sea kayak plans to people who want to build their own. “They’re my people, because that’s where I’m coming from,” he explained. “I’m just a kayaker who wants a really nice boat I built myself.”

Schade’s sea kayak plans and instructions sell from $129 to $149. He works with another company that separately sells all the materials needed to complete construction, typically from $1,500-$1,800.

“For a lot of people, I’m selling them a dream,” he said. “They might not even get to it. They might take that drawing and stick it up on a wall in their office. For others, it’s something to make with their children and grandchildren, or they’re into woodworking. There are so many reasons for it.”

As opposed to the plastic-molded, recreational kayaks seen most often near shorelines, sea kayaks are built for longer paddles, and their sturdy design makes paddling more responsive and efficient in choppier waters.

A Coach, Teacher, and Guide, Too

Schade also is involved in weeklong clinics for advanced kayakers, boat-building classes, and sea kayak retreats off the coast of Maine later in the summer, but his greatest satisfaction is simply sharing the dream of a quality homemade kayak.

“There are people in prison who have my books and that’s what’s getting them through their ordeal,” he said. “Or their spouse just died, and this is their therapy. That’s what I love about selling the plans. I’m making some impact in people’s lives.” 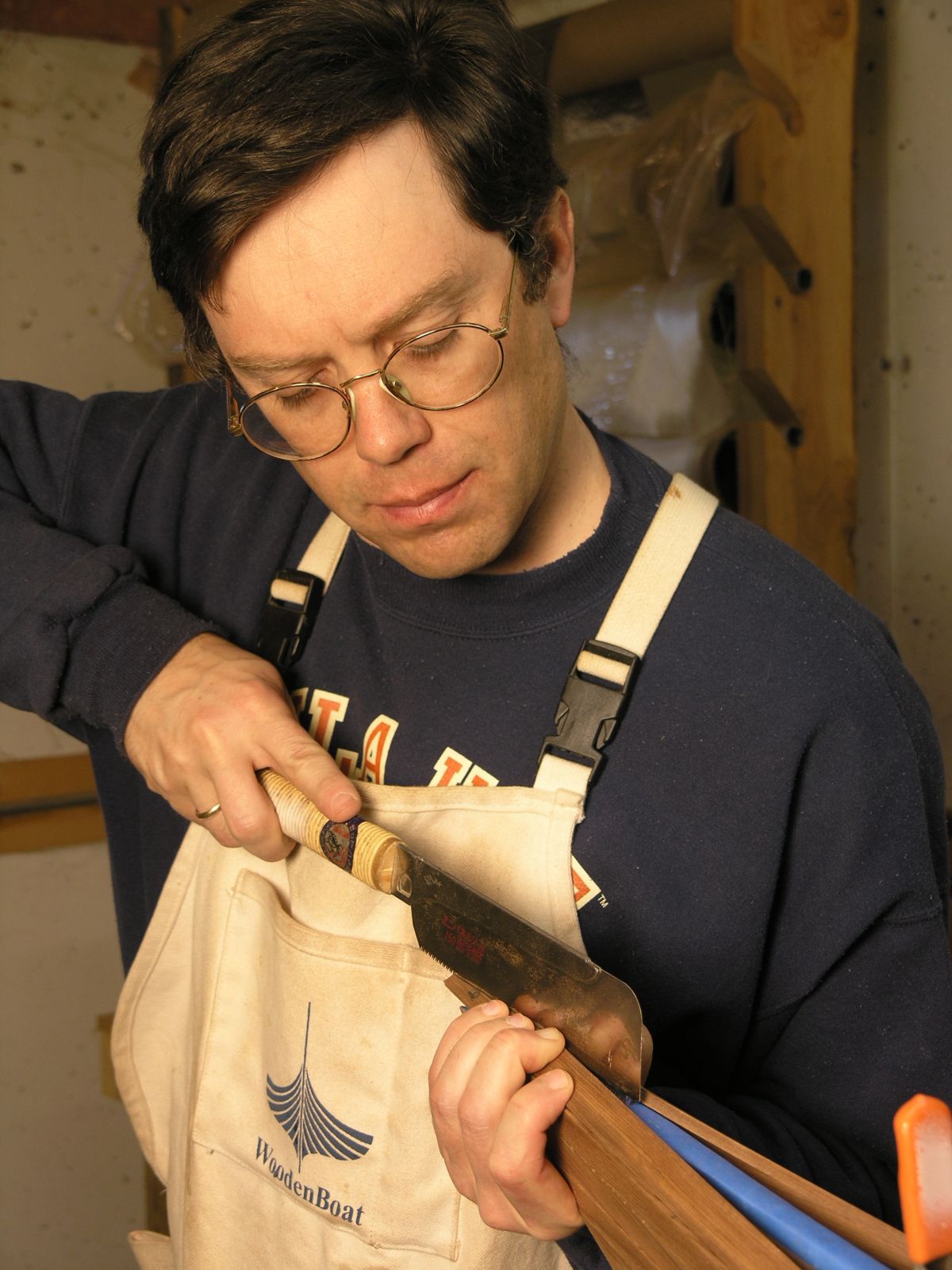 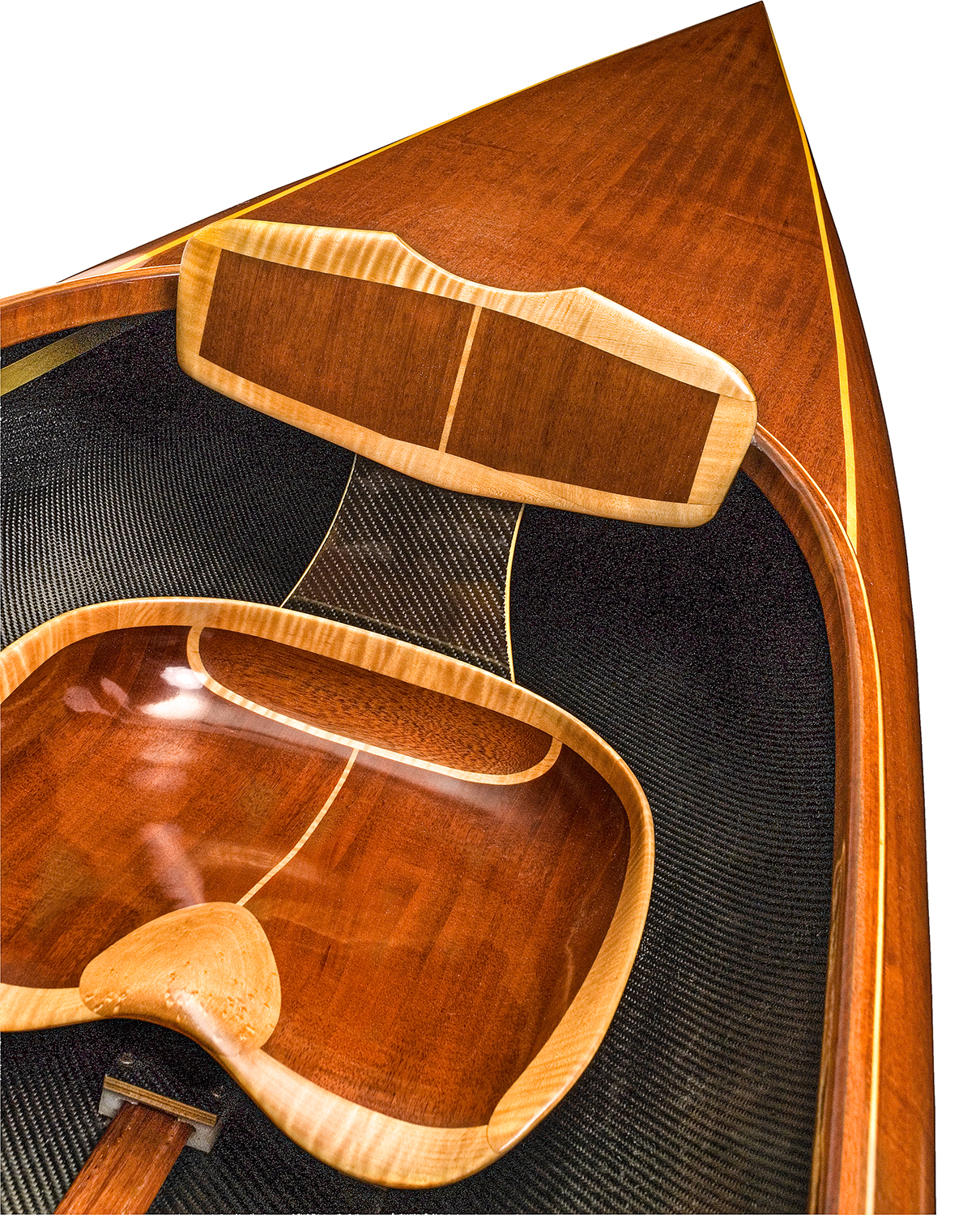 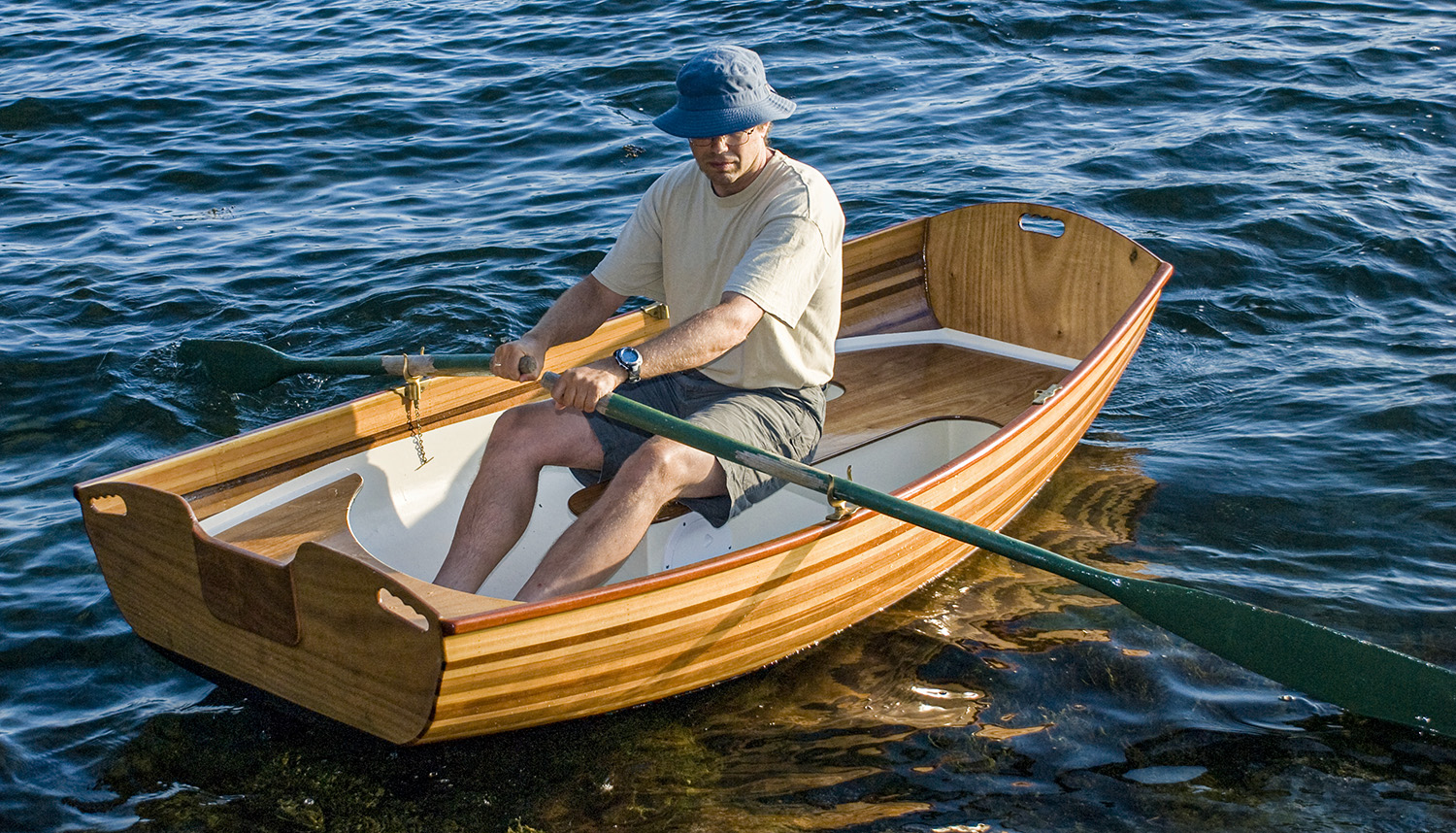 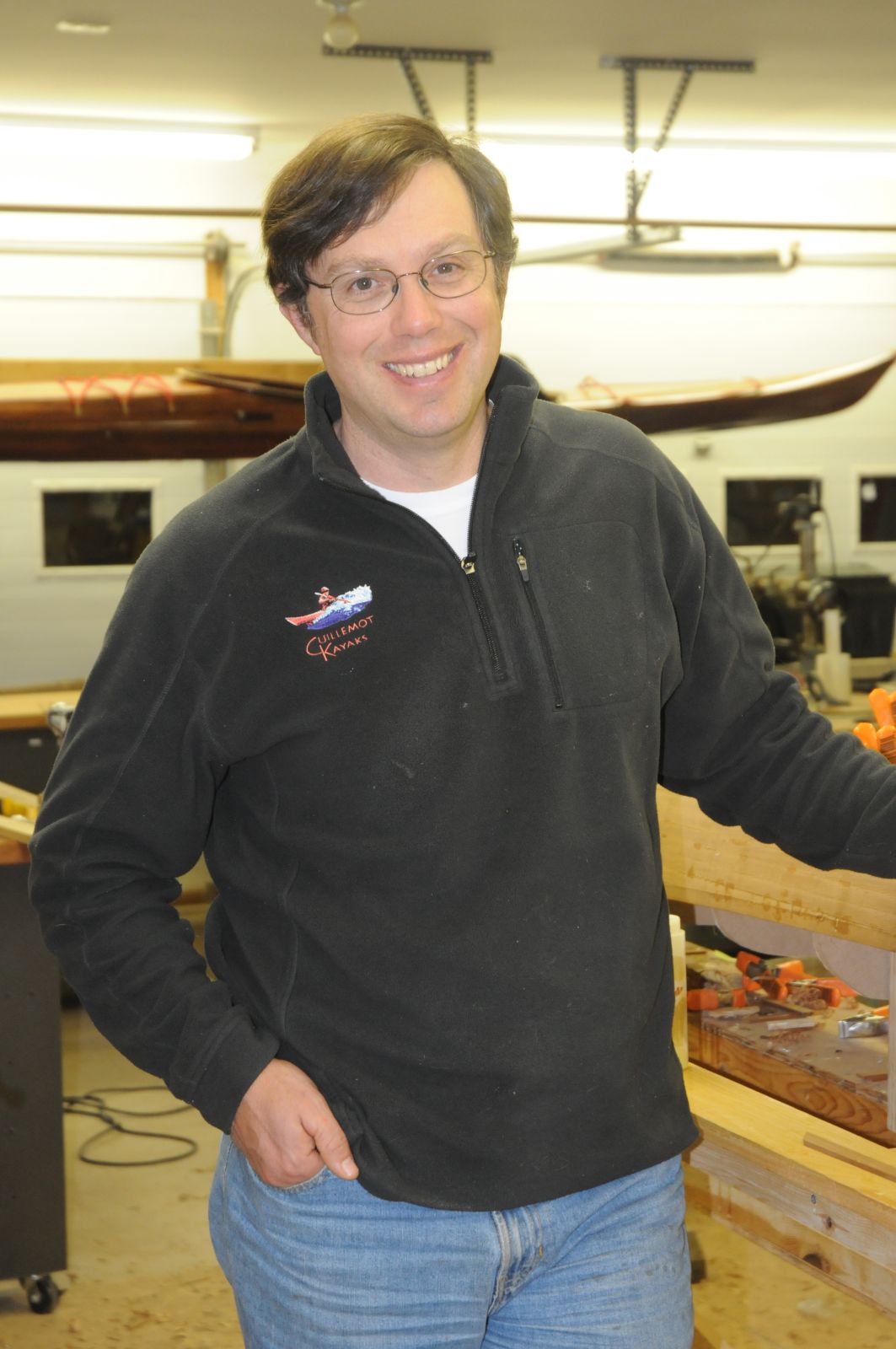 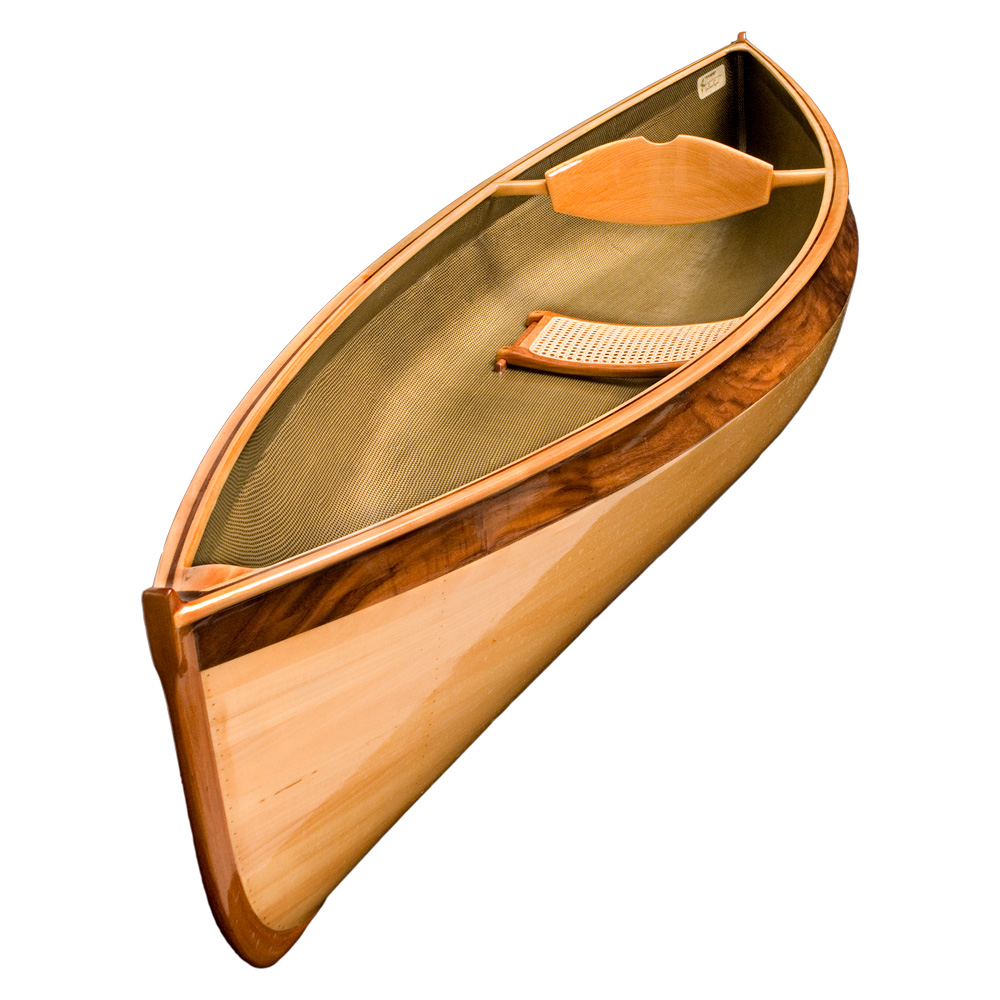 Groton Seeks Applications for a Slice of $2.9 Million of Federal COVID Aid

May 17 2022
Looking for innovative projects to boost Groton’s recovery from COVID-19, the town opened applications for projects and initiatives that could use a portion of the town’s federal aid money to address pressing needs or make long-term improvements in the quality of life. The town is seeking to allocate between $1.5 and $2.9 millio...Continue Reading

May 13 2022
It’s a conundrum facing banks around the country and world — with fewer people visiting branches to do in-person banking, what should be done with all that underused real estate? Many banking chains have closed branches as consumers have migrated to more online banking. But a Connecticut bank has come u...Continue Reading

May 12 2022
The developer of a 324-unit apartment complex proposed for a formerly town-owned site received the go-ahead from town council Tuesday night to seek approval from the Inland Wetlands Agency and the Planning and Zoning Commission.  Jason Kambitsis, president of A.R. Building in Pittsburgh, presented a plan showing six four-story buildings containing a tota...Continue Reading