On September 17-18, the Connecticut office of the US Commercial Service hosted '100 Years of Mateship', a USA and Australia Defense Trade Summit.

The name commemorates 100 years since US troops fought under Australian Lieutenant General John Monash in the Battle of Hamel in WWI. Despite General Pershing’s initial reluctance, this was the first time US troops were led in battle under a foreign general. US Congressman Joe Courtney and former US Ambassador to Australia, John Berry, gave poignant addresses highlighting the strong ties between our two nations, who share not only weapons systems and intelligence, but a friendship and trust that has grown out of shared values.

The event began Monday with a networking 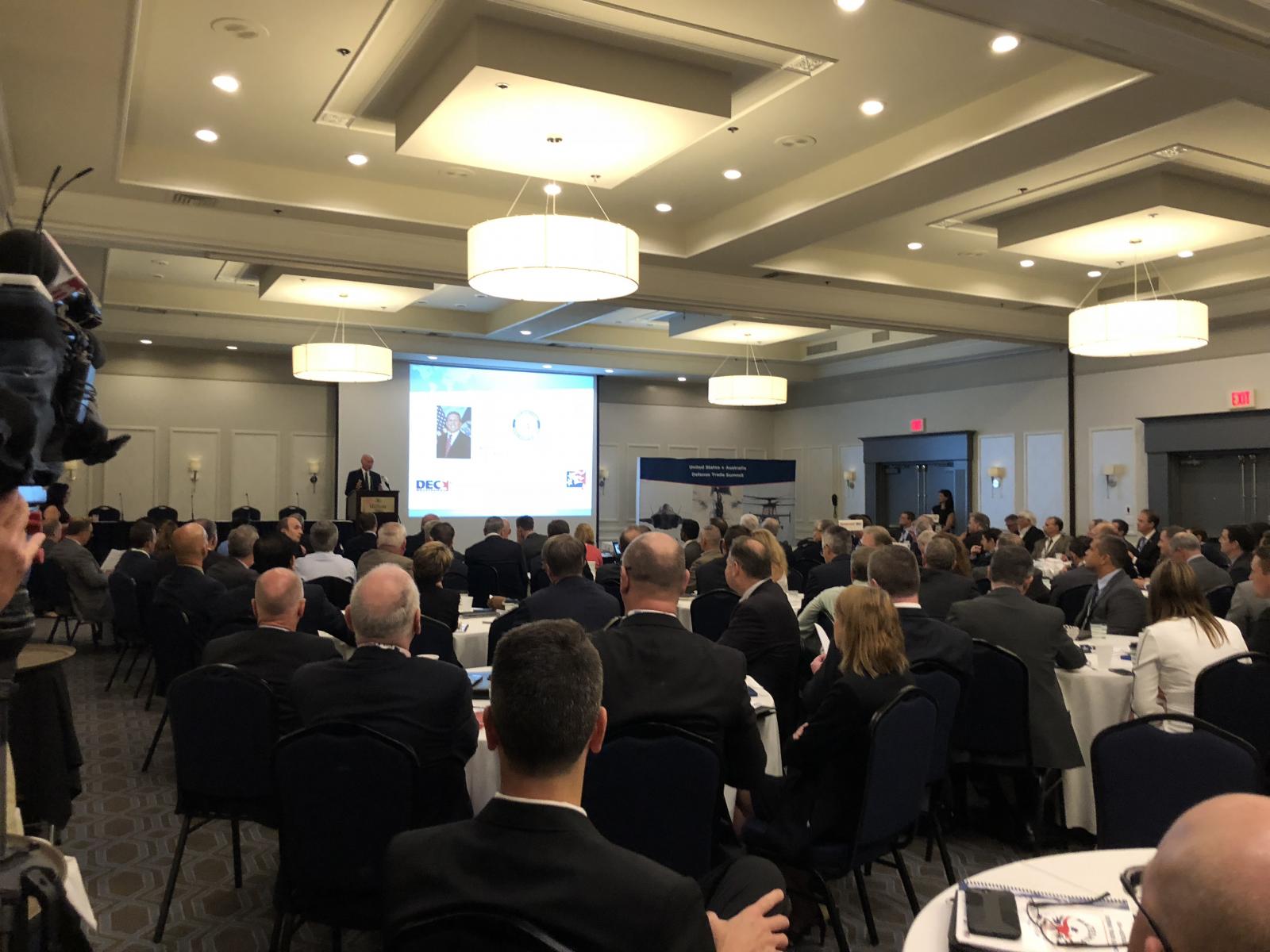 session at the Mystic Hilton, followed by a cocktail reception at the Mystic Aquarium. Amid chandelier lit tanks of graceful sea creatures, Ocean Blue Catering served delectable hors d’oeuvres while attendees mingled and strengthened the ties across our borders.

On Tuesday, almost 200 people from American and Australian industry, academia and government reconvened at the Hilton. Attendees came from small supply chain companies to large OEMs (Original Equipment Manufacturers), including Groton-based Electric Boat, Sikorsky in Stratford, Northrop Grumman and Australia-based Austral. Executives in the aircraft industry reported on orders and backlogs they haven’t experienced in decades, and challenged their suppliers to ramp up and meet the demand. Electric Boat outlined the increased submarine production in the coming years and stressed that the work performed at sub-tier suppliers is integral to successfully meeting the Navy’s needs.

The opportunities for growing the Connecticut and regional economy across all aspects of the supply chain are exciting and within reach. Adele Ratcliff, Director of Manufacturing Resiliency, Assurance, Industrial Base Analysis and Sustainment, drove home that our nation’s readiness to meet national security challenges relies on a healthy foundation of manufacturing and suppliers. James Guerts, the Assistant Secretary of the Navy for Research, Development and Acquisition, underscored that a well-trained workforce is needed to accomplish these goals. 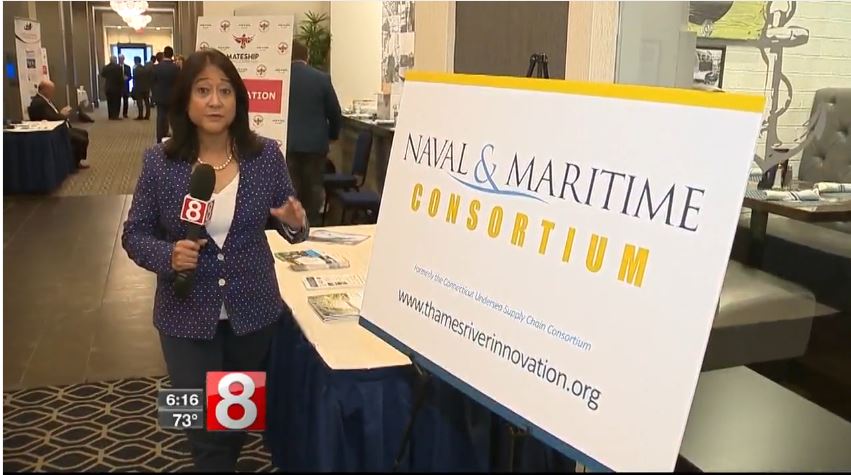 Several Groton companies attended the Summit, as well as the Naval and Maritime Consortium (formerly the Connecticut Undersea Supply Chain Consortium). The Consortium was created to help local and regional businesses take advantage of the increase in submarine production. It is funded by CTNext and is headquartered at the University of Connecticut’s Avery Point Campus. Ali Halvordson, Program Manager of the Consortium, met with companies excited about the opportunities to grow their business with both the US and Australian submarine programs. The Naval and Maritime Consortium will hold a public launch event at the Branford House on November 8th at 4:00 p.m. For more information, contact Ali at a.halvordson@thamesriverinnovation.org.

Connecticut companies connect with counterparts down under

Sep 25 2018
"I need help now and I look forward to having conversations with all of you throughout the day," said Blair Decker, Vice President of Materials and Quality at Electric Boat. Decker sat on one of the panels where more than 150 companies from Connecticut and Australia joined forces for the first-ever Mateshi...Continue Reading

Sep 25 2018
Thames River Innovation Place, a collection of New London- and Groton-based projects designed to spur entrepreneurship, announced last week that it has secured about $620,000 in funding for it's second year, which runs from July 2018 through June 2019. That includes $494,197 from CTNext, a public-private network aimed at boosting entrepreneurs, an...Continue Reading